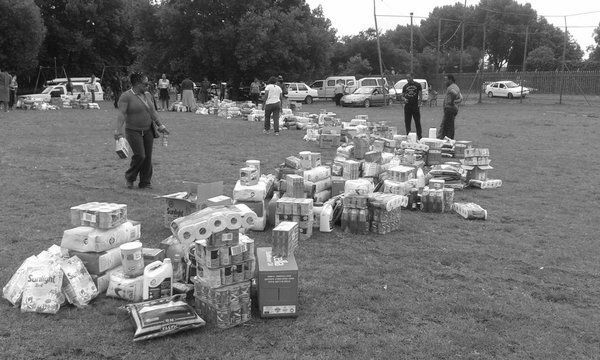 The year is finally coming to the end and no one is more eager than our local Stokvel members for these final weeks of the year.

This is because the end of the year means it is that time when Stokvels share the contributions that has been collected throughout the year, as a bulk payout to each of its members. Stokvels have been an effective informal financial system adopted mostly by the black mass market as a way to collectively encourage each other to save money throughout the year. By a way of contributing small amounts of money during the course of the year that are later split between members as large portions at the end of every year.

There are two ways in which members can split their collective saved contributions.

Monetary split means members are each paid large portions of money. What this means is that even the low to middle consumer now has more disposable income than they ever did during the year. Thus even lower or middle income earners, because of the power of the Stokvel now has buying power that can now match their higher income counterparts.

To maximize their buying power, Stokvels can also use the method of grocery bulk buying with their saved funds. These bulk groceries are then split equally amongst each member where the groceries will serve as provisions for the festive season and even well into the new year.

Thus this part of the year will provide that gap for even the lower and middle end market to tap into the brands they have long aspired to and can enjoy some luxury spending and treats that they otherwise would have not been able to afford during the year.