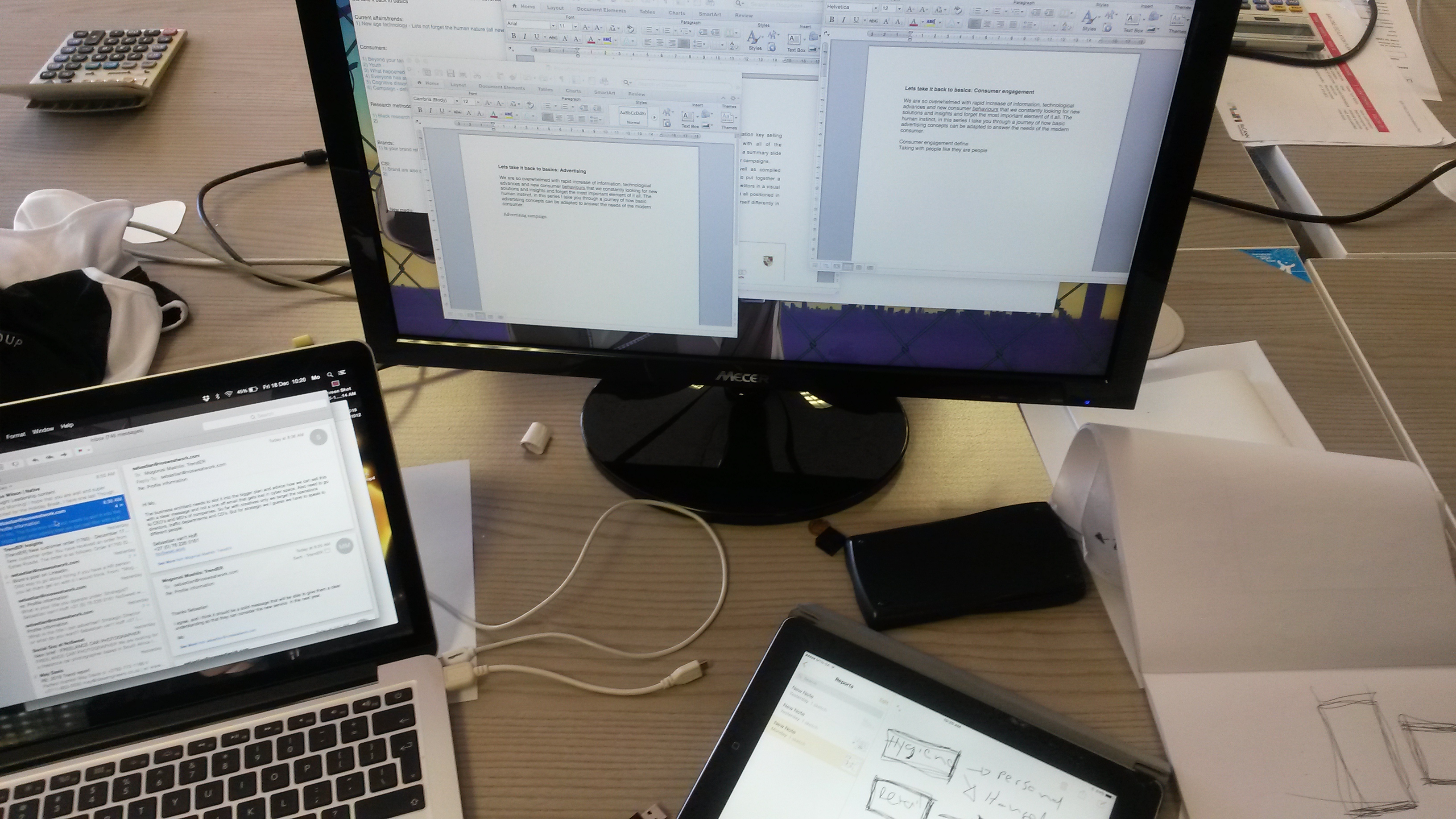 A while ago, I came across a fantastic story called ‘Squidward’s Suicide’; a hauntingly realistic tale about an intern’s horrific experience with what can only be described as a very ‘off’ episode of Spongebob Squarepants.

Squidward’s Suicide is a creepypasta: a scary story that floats around the web; getting pasted from forum to forum. Many creepypasta contributors submit their work with the suggestion that their tale is 100% true and position the story as a narration of their own experience or a retelling of a friend of a friend’s. This is done to enhance the fear that they hope to envelop the reader in.

And thus, creepypastas, such as Squidward’s Suicide, often result in an online forum hailstorm. They are written to scare, and ultimately create uncertainty around the fictional nature of the story. Admittedly, the believability of some of these tales can sway even the most cynical person, and creepypasta virgins are certain to be left not only doubting the truthful nature of the pasta but believing it full heartedly. Those that actively seek out creepypastas, knowing exactly that what they are reading is a creepypasta, magically suspend any disbelief, and essentially, play along, posting questions and comments that allude to their complete belief and faith in the storyteller’s assertion of truth. 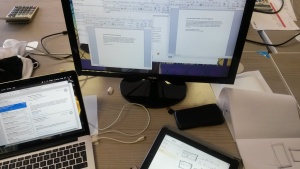 Ultimately, the creepypasta platform, in its entirety, has allowed for the creation of the modern urban legend; stories that live between both the real and the make-believe. Even the recognition that a particular legend is of the urban influence leaves doubt in the mind of the recogniser as to the origins; could there be some truth to the story?

What leads us to create these legends and folklore? And what drives us to play along?
These questions led me deeper into the world of the internet legend, where I exposed myself to countless stories of macabre chain mails, lost episode stories, and a touch-and-go encounter with The Grifter: a video so vile and disturbing that the viewer is ultimately driven to insanity (Don’t worry, I’m ok). And while my head continued to spin with images of Slenderman, the grotesque actions of Pinkie Pie, and the possibility that Jeff the Killer would be waiting for me tonight when I go to bed, I began to think, surely this speaks to a deeper psychology?

So I started thinking that perhaps the creepypastas that we create are surface manifestations of a greater subconscious fear in much the same way that urban legends of old like ‘The Hook’ and ‘The Kidney Heist’ represent a fear of burgeoning sexual freedom within a morally torn society.

Unsurprisingly, as loosely as the instructions are for creating a creepypasta (write something creepy), the kids on the internet have completely made this concept their own and while this intuitively should lead to a bunch of scary stories that get ‘pasta-ed’ across the Internet with no further similarities, it does not. Rather, it has resulted in a series of stories with clearly discernable patterns, reoccurring plot structures and a tighter holding ‘theme’ than just ‘creepypasta’. I have chosen three of these themes to look at and offer some possible (non-scientific) theories as to the deeper terror or meaning that they may allude to.

Within this group of creepypasta, the author recounts a childhood memory that may seem innocent at first but turns incredibly dark and tainted. The majority of pastas that fall within this category are allegorical and told with a realistic level of detail that makes the reader really feel like the story is a legitimate recollection.
In a lot of these stories, the antagonist is an old TV program that corrupts the author’s childhood innocence in a subtle and sometimes repressed way.

There’s no doubt that nostalgia is big right now. Generationally relatable posts and list after list of ‘90’s toys, characters, and celebrity outfits are all things that serve to prove this. While undoubtedly everyone is prone to bouts of nostalgia, it is clear that millennials are jumping on the nostalgia bandwagon faster than you can say ‘on fleek’. It is also clear that millennials are reminiscing over times that can – among other things, of course – be described as pre-social media. This age group sits on the border of the proliferation of a passive web and the seemingly inescapable clutches of having to constantly stream their lives online, receiving (or not) immediate feedback on it. It is really, really tough. Social media is a double-edged sword; promoting instant social connectedness, but when that social connectedness is not forthcoming in the form of likes, follows and comments, it also fosters an intense loneliness and feelings of rejection.

The outward expressions of nostalgia so evident amongst millennials, I believe, is an attempt to momentarily immerse themselves in simpler, less pressurized times.

These types of creepypastas are essentially a form of this nostalgia. But then why take something that offers comfort and escapism and pervert it? It is the depraved alteration of something that would otherwise ease one’s qualms and disenchantments that make the stories so scary.

After all, the Internet does say; ‘the more beautiful and pure a thing is, the more satisfying it is to corrupt it’.

Has there ever been a real snuff film? This is a good question. Just not one to ask Google at work or with your safe-mode turned off in image search. But the best answer I could find is nope. While there are tons of videos on the Interwebs of dead people and people dying, there has never been a documented case of a film being made for monetary gain showing someone’s death.

The truth is though, fascination with snuff and the possibility of it existing began way before the Internet was even a thing. And while I don’t have any sort of scientific knowledge of people’s morbid fascinations, I know that I gravitate towards the creepy and macabre, but seeing someone die would really suck. This is not a general sentiment that I can assign to the rest of the world’s population, however. But I do like to think that the average person of sound mind does not actively seek out the recorded video imagery of another’s death.

And this brings me to my second category of creepypastas; Perverted Links and Depraved Files. Within this theme, the author describes a site or file that they or their character stumble upon that contains what can be best described as some really, really messed up stuff. My earlier segment on snuff should give you an idea as to what I actually mean. I think that this category of pasta speaks not only to the very plausible possibility that this type of content does exist on the Internet (and if you are the sound minded person that I alluded to earlier, stumbling onto this would be truly, truly terrifying to you) but that there is an eager audience for this type of content and the Internet has created the perfect playground for them.

This is another Digitally-themed category of creepypasta, although, unlike Perverted Links and Depraved Files, this one brings in a supernatural element. They are essentially ghost stories posed as a true recollection of someone’s experience. The most notable is Ben Drowned, a story about a Majora’s Mask game cartridge possessed by the ghost of a drowned boy named – you guessed it – Ben. Ben has decided to spend his afterlife creating dark and twisted ‘glitches’ within the gameplay. There are many other supernatural digitally-themed creepypastas (not just haunted games) that speak of untold horrors unleashed upon the Internet recounted as horrific memories or Good Samaritan public service announcements.

While many speak to the perversion of what should be a positive childhood memory; the type of thing that we find within the Twisted Nostalgia category, I believe that these types of pasta are actually founded on a different fear. Now my theory is quite out there, so please bear with me. To understand it we need to focus on the supernatural backbone of these stories and the fact that they all occur within a digital context. When I think of ghosts and possessions I get scared, but more than that, I think of uninvited infestations; an invasion of the undesirable that leads to danger and that this is something that is ultimately out of our control. I think that these pasta are alluding to the fear we have that our privacy is not in our hands within the digital realm, what we choose and not choose to share online is not within our control, and that anyone can invade this extension of our lives with a couple of lines of code.

We put anti-viruses on our computers like crucifixes in our homes. We want to protect ourselves from being haunted and exposed.

I am sure that there are a thousand different interpretations of these creepypastas, and I am by no means trying to dissect something that was never intended to be dissected. I am also not trying to force meaning into something where it may not explicitly appear to exist. But what I do know is this; no cultural manifestation exists in isolation to some greater meaning.

Ultimately, we can learn a lot about people from the fictional stories that they tell.