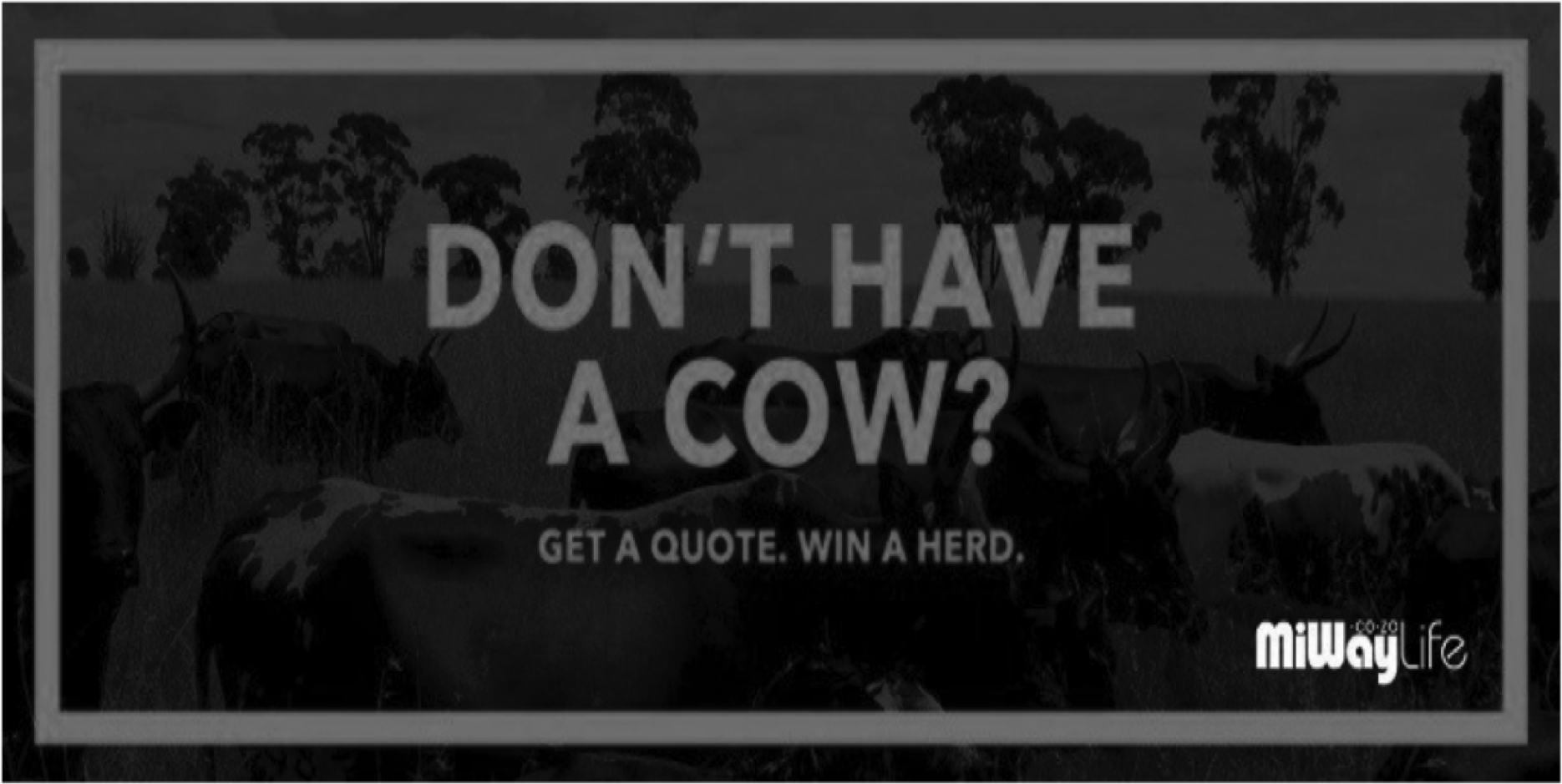 Advertising campaigns are fast moving to become in line with what the consumer prefers. Communicating better so that their campaigns will resonate better to the audience, that it is targeted towards.

Gone are the times where communication is what the brand wants to portray but rather be real. Having authenticy to the consumer is the trend. People are moving away from seeing things that they do not aspire to achieve but the focus is on the small things or steps that will get them by everyday. 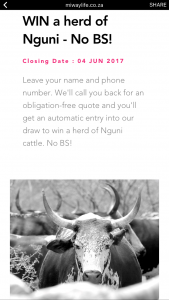 In the month of May 2017 MiWay Insurance launched a campaign competition with the result of the winner getting a herd of cattle (Real life cattle worth R250K). This is an aspect that will have benefit for the consumer and drives interest to find out more on this initiative, as it is not usual. The competition has received various positive feedback from people that it will help them to build wealth and this also goes back to the culture of most people as we know that cattle is commonly associated with wealth. Prosperity as it’s stated as a gift that keeps on giving, referring to the process of mating of the cattle.

Gaining awareness through the cultural aspect of people is something key in this modern day. Consumers want to feel appreciated in advertising and not being sold to. It is no longer only about having the most entertaining advert but bringing the audience a benefit to their lives and communication that they will resonate with…Unconventional.

Business Manager & Trend Analyst. Through his business management and brand expertise, Itumeleng is defined by brand effectiveness. Fusing the business element of a brand with insight and effective communication strategy. Email: itumeleng@trender.co.za
PrevNext